The start of CRAG project in Burundi slightly coincided with an unfortunate event. A landslide on Ruvyimvya hill swept away lives and left survivors in helpless situations. Setting up the project on Bitare Sub-hill of Ruvyimvya Mountain has been seen by the population as a good solution to the multiple problems caused by climate change.

In late 2015, the population in Ruvyimvya hill of Bubanza Province was sleeping peacefully when suddenly, land blew down due to landslides. This marked the genesis of the CRAG project in Burundi.

“I never thought that rainstorm might cause such damages”, testifies a survivor of the tragedy who has not yet recovered the full use of his left hand. Ndereyimana Emmanuel was buried beneath landslides but luckily rescued by his neighbors after several hours of research. His wife and child did not survive.

On the evening of the tragedy, a big black cloud formed in the dark sky of Kibira, overlooking the Ruvyimvya mountain chain. Emmanuel Ndereyimana and neighbors hurried into their homes to shelter from the storm. A tempestuous and heavy rain began to pour down on the village and its habitants.

That night, the village heard a loud noise and within seconds, six households were buried by a landslide.

Survivors cries alerted neighbors who hurried to rescue those who might still be alive. Damage was considerable: six people died and many others are now permanently disabled.

One year after the tragedy, the CRAG project in the Kivu and Risizi Basin was born. The Climate Change Resilience Altitudinal Gradients (CRAG) concept applies various conservation approaches and activities, such as integrated water management; ecosystem-based adaptation to climate change; soil erosion, pollution and forest management; and community livelihoods, which have impact across a landscape gradient in ways that directly benefit human wellbeing and environmental biodiversity. This CRAG Project aims to improve climate change resiliency and improve economic conditions at the site of the Ruvyimvya hill landslide through sediment control, forest management, improved cook stoves, and capacity building.

The project started with the construction of a nursery of 158,000 Grevillea plants and 38,000 Prinus Africana plants. The Prinus Africana were chosen to reinforce the separation of Kibira National Park from farm properties. The Grevillea were chosen as they coexist well with other crops. These trees will reduce soil erosion and landslides, while also supplying needed wood to the population. Within 5 or 6 years, households should get mature trees on their own lands, ready to be cut.

To prevent soil erosion along the river banks, bamboo trees were also planted along seven miles of the Mpanda and Gashishi rivers.

Other activities implemented range from improved stoves to the capacity building for the communities. 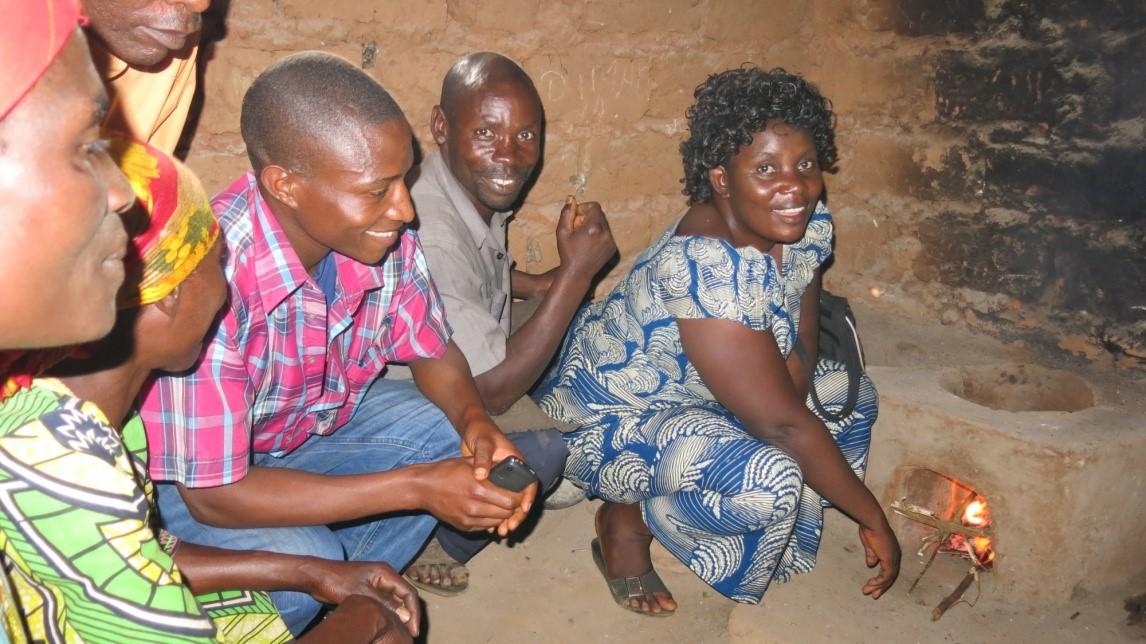 Improved cook stoves have been constructed for 2000 households of Ruvyimvya, Bitare and Muyebe villages. This has reduced firewood collection from the Kibira forest reserve by half, and thus ensuring the protection of the trees in the forest. This project also distributed fruit tree seedlings as part of efforts to reduce poverty.

This project is considered complete and, so far, it has positively impacted the community. For more information on this project, please see the link below.

This success story was provided by Jean De Dieu Bucankura.

Relevance of Wetlands to the African Great Lakes

Wetlands are some of the zones which have been misused by surrounding communities despite the huge benefits they provide in the ecosystem. Based on a definition by the United States Environmental Protection Agency, a wetland is an area or zone where soil is covered or saturated by water at different times of the year or throughout the year. Wetlands provide habitats for both aquatic and terrestrial species. The aquatic environment offers ideal conditions for the growth and establishment of aquatic plants and promotes the development of soils with aquatic characteristics.

Integrating women smallholder farmers into the mainstream economy is key in order to increase their productivity, improve the quality of their commodities, gain a voice in decision-making around all aspects of the agriculture value chain and build adaptive capacity to mitigate climate change. NEPAD recognises the impact that climate change will have on African agriculture, especially African women farmers, and designed the five-year Gender, Climate Change and Agriculture Support Project (GCCASP) with support from the Norwegian government.

The transboundary Lake Kivu and Rusizi River basins are very important for biodiversity and provide many ecosystem services such as supply of freshwater, food from fishing and agriculture, pollination, soil fertility and erosion control, carbon sequestering, the provision of non-timber forest products, as well as providing aesthetic and recreation experiences. These landscapes are currently facing a multitude of threats arising from unsustainable practices and poor land and catchment management.

Earth system models are the only scientific tools yet developed that are capable of integrating the multitude of physical, chemical and biological processes that determine past, present and future climate. Researchers here use the Community Earth System Model (CESM) to generate depictions of environmental futures under climate change specifically to serve stakeholder needs for each of the major Great Lake watersheds.

The Intergovernmental Panel on Climate Change (2014) predicts by the end of this century ~1 4 degrees_C warming and an uncertain trend in future rainfall in the Great Lakes region of East Africa, perhaps 10% lower than present in the Malawi/Nyassa basin and 10% higher in the lake basins to the north. Radar altimetry records of lake level trends available since 1992 display decadal scale variability of 1-2 m, with an overall trend in the last decade towards lower levels in Lakes Malawi/Nyassa and Rukwa, and higher levels in the lakes to the north of Rukwa.

Building the resilience of local communities to climate change in the Kivu-Rusizi and Lake Tanganyika basins, using community and ecosystem-based adaptation approaches

Building on BirdLife sediment fingerprinting study on the impacts of climate change in the Lakes Kivu and Tanganyika basins, this project will enhance the resilience of communities within the Sebeya and Ruhwa catchments through agroforestry and sustainable agriculture, building capacity for climate change adaptation and disseminating best practices in the African Great Lakes Region. This project is implemented in partnership with ABN – Burundi, NaFIRRI and BirdLife.